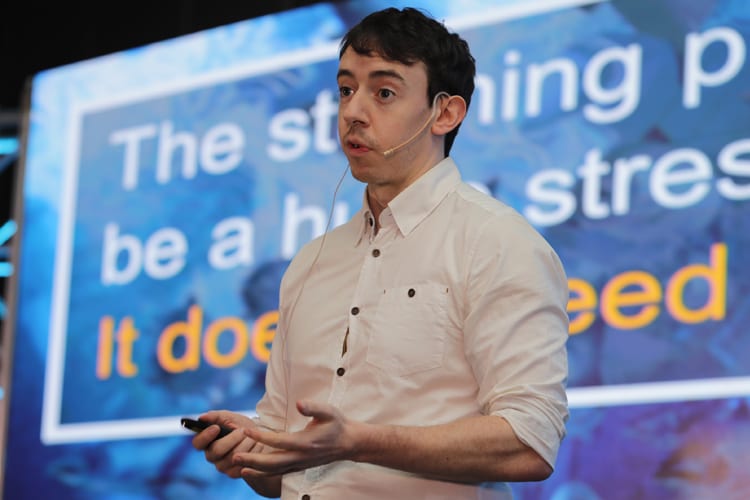 We had been selected, as one of three finalists in the Innovation category, where all finalists presented their innovations. The winner was decided by an audience vote at GOAL (the Global Outlook for Aquaculture Leadership conference 2019) to which 500 industry leaders were invited to attend. When the vote closed, we received 51% of the votes, winning the Global Aquaculture Alliance Innovation Award. Other finalists were Arbiom, who received 36% of the votes, and Pegasus Science, who received 13% of the votes.

We were chosen for the animal welfare benefits of our Humane Stunner Universal (HSU), an in-water electric stunner. The HSU consists of a water-filled pipe, lined with electrodes, which render the fish unconscious without removing them from water. This innovation reduces fish stress, improves flesh quality and can double the volume of fish processed per hour.

After quick roll-out to early adopters, the HSU is already being used by a wide variety of farms around the world, including Chile, Canada, Japan and Greece. The flexibility of in-water electric stunning has allowed for use with a wide variety of species – including salmon, trout, yellowtail, sea bass and sea bream – with a variation now available for prawns, lobsters and crabs too.

Our Head of Sales and Marketing, Mike, presented the HSU in Chennai. When asked about why our team decided to focus on the slaughter process, Mike said: “There has been a lack of equipment to help people farm their fish ethically when it came to slaughter. We saw stunning systems that damage the fish or don’t produce an even electrical field, meaning some fish get more stunned than others, so our goal was to create a more humane and efficient version of electric stunning that would leave fish unconscious for two-to-three minutes, enough time to bleed and kill the fish immediately or to put them onto ice so they’ll remain unconscious until they die.

“It’s a special honour to receive an award voted for by hundreds of seafood producers. The fact that an innovation with a strong ethical base, like our in-water electric stunner, won is a great reflection on the growing focus on animal welfare across the whole seafood industry.”

This is not the first time we have been recognised for the electric stunner. In 2017, we were announced as the first non-Norwegian winner of the Aqua Nor Innovation Award. Earlier this year, we won the Queen’s Award for Enterprise: Innovation for the positive impact that the HSU had on animal welfare, with early-adopting farms.

This is a busy awards week for Ace Aquatec; we have also been named a finalist for two Courier Business Awards which will be held this weekend. The categories, in which we have been nominated, are Science & Technology Business of the Year and Design & Innovation Business of the Year. A third nomination is for our Managing Director, Nathan, who is a finalist in the category for Entrepreneur of the Year.

Benefits of learning a language in international business