Early observations from trials of Ace Aquatec’s Acoustic Startle Response technology in Finland indicate that the system is effective in protecting popular fishing areas from seals.

The current trials, involving a total of ten acoustic startle response devices at two locations on the Finnish coast, have yet to conclude, but local fishermen say they have seen less damage to their nets and catches in waters protected by the Ace Aquatec ASR systems.

The research is being conducted by the Natural Resources Institute Finland (known as Luke), in collaboration with professional fishermen, Finnish fishermen’s associations and Ace Aquatec.

In one pilot study, in Naantali Bay in Finland’s south-west, near the city of Turku, three Ace Aquatec ASR-US3 units were set up outside the inlets to discourage seals from venturing further towards the bay in search of fish. It is a large area, busy with other traffic, and with three inlets offering seals access to the bay.

Professional fishermen, using gill nets from boats to catch pikeperch, have long had a problem with seals, typically grey seals, eating through their nets.

Ace Aquatec’s Andrew Gillespie, who was in Finland to oversee the launch of the trials, said the devices were attached to concrete blocks and connected by long cables to shore power and control boxes.

‘We set up a remote monitoring system so we can change tones, frequencies and volumes. We’re looking specifically at the effectiveness of a set of tones within the system, and also at the duty cycle – how often the system is playing a sound – to see if that has an effect too.

‘The fishermen are taking notes of seal sightings, and of any signs of damage to their nets and the fish, before and after the systems going into the water. They have to consider other parameters, such as the water temperature and the fact that there are fewer fish this year.

‘We will have to wait for the report from Luke, but the fishermen seem very happy with the way the systems have performed so far. Even though the trial is not completed, they are seeing less damage to the catches and nets.

In the second trial conducted in September-October 2022 in the river Iijoke, some 700 km to the north near the city of Oulu, six US3 units have been attached to concrete blocks anchored to the riverbed.

‘The concrete blocks were 120kg so we had a pontoon raft to lower them on to the riverbed and used a diving team to check they were laid properly. But we had no major technical problems during the trial. The range of the unit is 45 m and the width of the river is around 220m, so the distance between the pods was even smaller than recommended, to maximise their effect.

‘The key target for the entire project is to protect anadromous fish that are trying to swim to river to spawn. Seals follow the fish from sea to lower section of river, leading to a very severe impact on the stocks, with the fish eaten before they can spawn.

‘During the trial, the fishermen kept records for us, documenting daily, every time they hauled their nets, whether they saw seals and any damage to the fish or nets.

‘Our report isn’t completed, but judging by their catch documentation, we could clearly see that downstream from this area, where there were no ASR US3s, there was still a lot of damage to the gill nets.

‘The fact that the fishermen noticed more seals downstream, where there were no devices, is a good result; already, the signs are that our acoustic startle response (ASR) systems had a positive effect in reducing predation.’

The Luke team are writing reports on both pilots, which began at the end of summer and run until the end of the year. Larger scale trials will resume next year, with possible amendments to the cables.

‘At the next stage, it’s not just the software we have to develop but also the hardware, to make sure we have no issues in terms of functionality and practicality deploying and maintaining an installation,’ said Gillespie.

‘The results of the trials will hopefully provide a scientific validation of the US3 system in these conditions in the near future, which will give the fishermen the confidence to use systems like ours commercially.’ 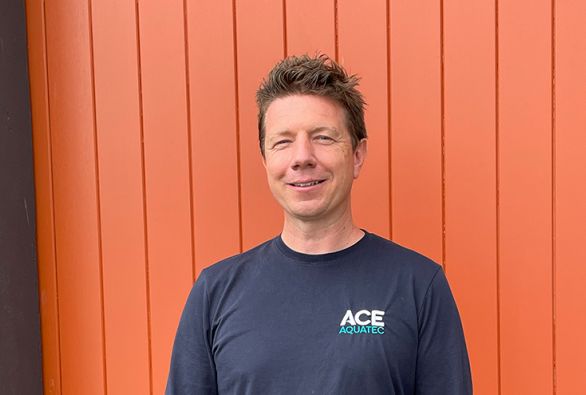 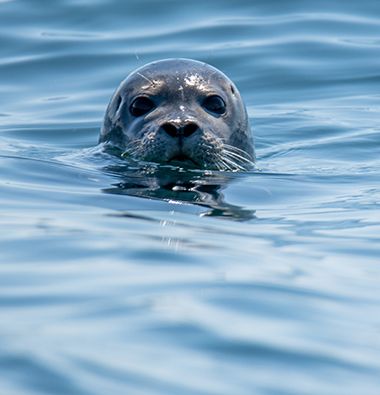 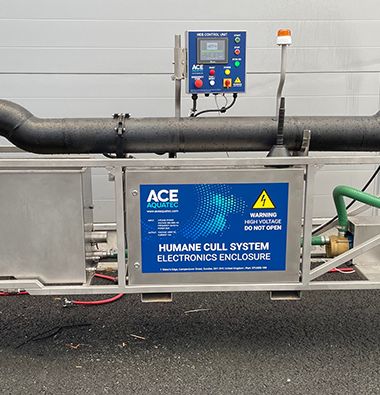 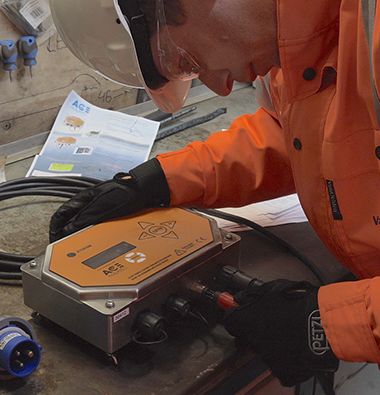 We would love to welcome you to our community. May we have your permission to send you occasional newsletters so you can stay up-to-date with everything that’s happening at Ace Aquatec?

You have successfully subscribed